"This game (Babby of Towlr) was created for Mini-LD#5, as a sequel to the game Towlr, made by PoV in only 3 hours. The sequel took about the same amount of time to create. What is it? A puzzle. What kind? Who knows!? The puzzle is to figure out what the puzzle is, and then solve it. Also, it is very hard on your brain and quite disturbing." 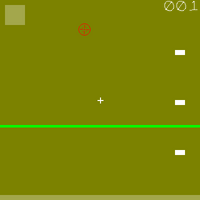 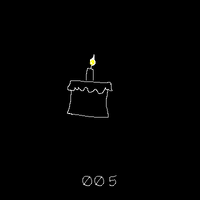 When you begin the game, you are greeted with the gameplay screen. Use your mouse to control the red crosshairs. Touch the box in the upper-left corner of the screen to activate the rest of the challenge. You must "sneak" past each of the three white boxes by only passing in front of them if the screen is close to the same red as the crosshairs. You can also only pass over the green bar if the screen is almost completely green. If you fail, the attempt counter in the upper-right will go up, and you must touch the box in the upper-left to begin once again.

When you win the game, you are greeted with a picture of a cake with the number of tries below it.

Retrieved from "https://hamumu.fandom.com/wiki/Babby_of_Towlr?oldid=16478"
Community content is available under CC-BY-SA unless otherwise noted.